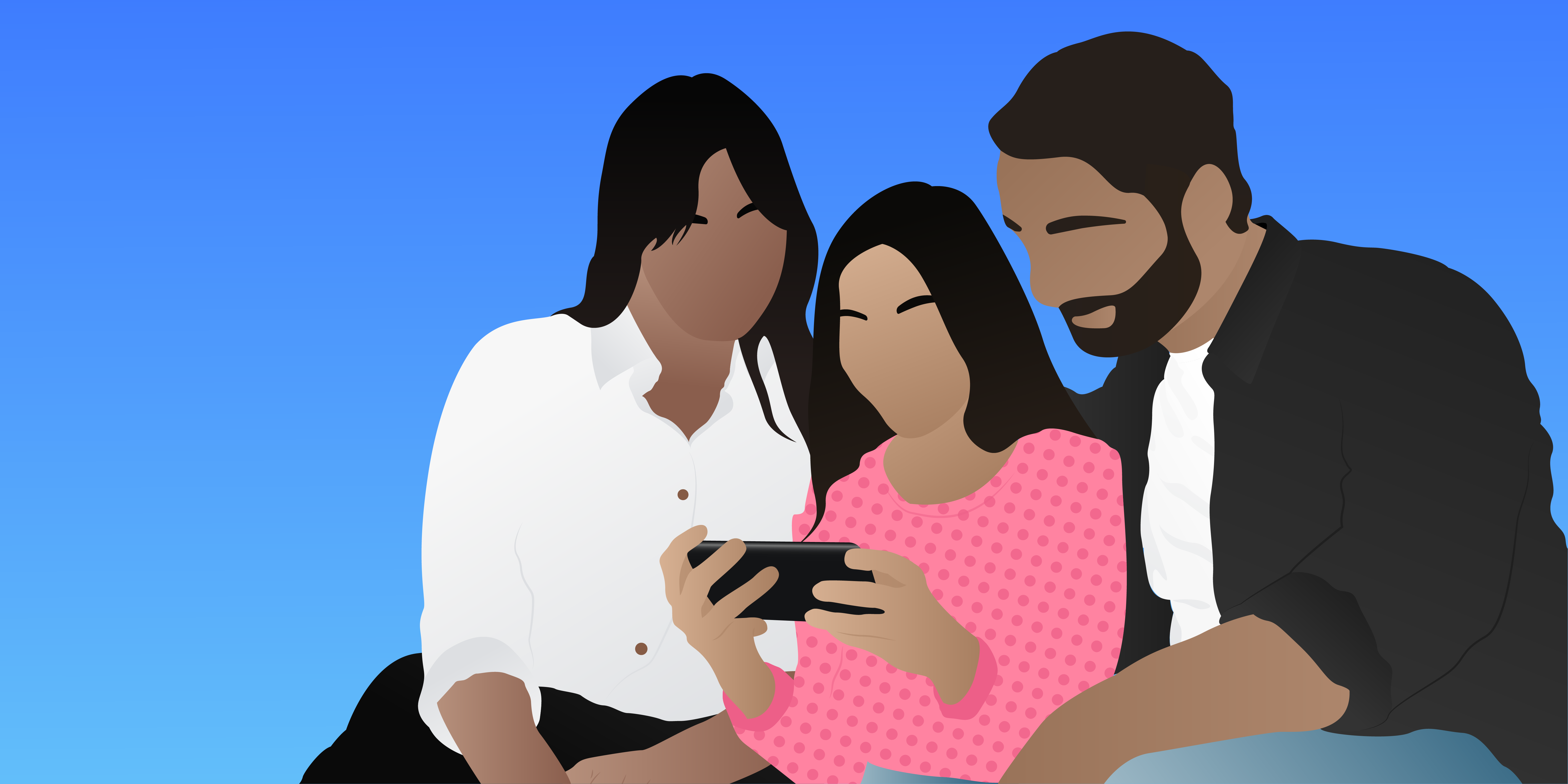 It would be hard to miss how news outlets and the ‘healthy parenting’ community are creating a flood of information right now, unilaterally declaring “social media is evil and will ruin your kid’s life!”.

Well, those just aren’t the facts.

It would be convenient to view social media through this black-and-white lens but the truth isn’t so simple.

Think about it. If social media was universally harmful, every kid would suffer from using it. So why do many say social media helped them feel connected with friends and family while quarantined in the COVID-19 pandemic?

Why do some kids use social media and seem to have no issues with their mental health, while others experience extreme harm from it?

It’s popular to think that screen time is the best way to avoid potential mental health concerns related to social media and the internet. However, emerging research shows that this answer is too simple.

In 2020, researchers published a study called Adolescents’ Intense and Problematic Social Media Use and Their Well-Being in 29 Countries, which focused on the behavior of more than 150,000 kids to better understand what factors predict how social media might affect a kid’s mental health.

What did the research discover?

The greatest risk factors of social media hinged on what kids were doing, who they were doing it with, and how their environment treated social media usage.

They found that kids were impacted by the intent, the audience, and the home environment in which they used social media. In other words, the current hyper-focus on screen time as the solution missed these three significant factors.

1) The study made an important distinction between intense usage and problematic usage.

Let us state that again!

Both intense users and problematic users spent lots of time on social media every day but they weren’t equally affected.

2) The research looked at the social media trends for the 29 countries included in the study.

To sum it up, kids that felt addicted to or had negative experiences with social media universally reported a lower quality of life. This was the same for kids who used it regularly in an environment where social media use was uncommon, even if they didn’t have problematic interactions online.

On the other hand, kids with high levels of social media in homes where its use was common felt satisfied, social, and connected to their families. For these kids, blocking access or limiting screen time would negatively affect them.

So, here’s the main takeaway.

Nature plays a role in the effect of social media on kid’s health but nurture is just as important.

It’s a classic debate of nature vs. nurture and it’s time to apply it to our kid’s social media use. Instead of simply accepting what the “healthy parenting industry” pushes, let’s talk about some real ways to keep social media use healthy for your entire family (not just your kids!).

Step 1) Take some time for self-examination

Let’s be honest, it can be easy to forget how much our own upbringing can shape our view of the world. Think back to when you were a kid:

If you grew up in an environment that welcomed the digital world, you may feel excited to constantly adopt new technology (and vice versa). Let’s be clear here. There is no right or wrong way to view technology! The point is to recognize your gut reaction for or against new technology.

Now that you’ve examined how your upbringing may affect your relationship with technology, it’s time to look within your home. Remember, it’s not just about how much time you or your family spend on social media; it matters how you operate with it in your home. Ask yourself:

Remember the study! It’s not just about screen time. It’s about what your kids are doing on their phones, who they’re doing it with, AND how open their environment is to talk about it. Creating a safe space to talk about social media starts with you!

Step 3) Have an honest conversation with your kids

Here’s where the rubber meets the road. You’ve looked at your own bias towards social media and considered the dynamic inside your home. Now, it’s time to bring your kids into the conversation by asking them:

Learning how your response to social media affects your kids is vitally important. Demonizing it (or banning it entirely) will create an environment that stifles the trust and openness your kids need to establish with you.

Now, here’s where we’re different. We’re not going to tell you what to do because we believe one thing:

Parenting isn’t that easy. There is no one size fits all solution.

Yet, we know that we don’t just make a decision, enforce discipline, and suddenly find everything is better with our kids, especially with social media. Make room instead for tweaks and adjustments to fit your family and break through barriers to bring the loving connection you want back. Start a conversation to begin discovering what social media usage fits you and your family best.

After all, it’s your involvement that keeps social media use healthy and safe for your kids.

The Aqua One makes that easier than ever before.

Technology and social media no longer have to feel scary because you have access to every action taken on the Aqua One with the seamless monitoring in our Parent Dashboard. You never have to feel left out of their digital world and can say goodbye to the fear of letting your kid online! You’ll now be with them every single step of the way.